Let us start with something that are not only for aesthetic but can either help you play or adds some spice on your playing. This is also for those people who doesn’t like some much aesthetic or none at all.

You might already have an idea or still thinking what does the chain does while I’m playing Kalimba. Tremolo, a wavering effect in a musical tone, produced either by rapid reiteration of a note, by rapid repeated slight variation in the pitch of a note, or by sounding two notes of slightly different pitches to produce prominent overtones. The chain are called tremolo chain which are being placed on the top of the tines clipped in both ends. You will love the sound effect it will produce as the vibration hit the chains. And of course, not all songs or piece can be paired with chain. And this sounds effects are still on the preference of the users and listeners. This chains can be purchased separately and sometimes already included as free in the package. Or you can try to experiments if you small chains or necklace at home.

Lots of Kalimba players prefer using their fingernails to than the finger skin as well. Due to the skin can harden or callous will start to form eventually, and it can hurt you as well. However, there are people who still don’t want to have a little longer fingernails or some nails is quite delicate and break easily. So as they invented finger protector in guitar, they were adapt to adapt it in Kalimba. This finger protector are most in silicone form in a shape of thumb (as for kalimba). This will help you to play without using your fingernails. Though for some, this isn’t quite that good, due to the sounds are not so full and the feeling of something in your finger. But other people were able to get used to it.

We’ve also seen a quite few modified version in which its a metal pick type and some are in hard glass like plastic. You still need to insert it in your fingers, though we haven’t tested it yet, but they said that the sounds are fuller. But in the end, it still the one that works for you best should be fine. But there are no stopping for you if you want to try it.

Nowadays, electronic gadgets are everywhere, and Kalimba doesn’t get left out. More and more version of Kalimba are having built in pick up. There are some which are electronic per se, like the Dual Kalimba Brand designed by April Yang, in which you can charge it like a phone. But those who prefer the traditional look and likes recording while they place for posting in Social Media, some of their recording have low sounds. And also for those who would like to make the sounds louder as they play, we have what we call Kalimba pick up. It is usually not really just for Kalimba, this is being used as well on other instruments to boost their sounds. It is a stethoscope like pick-up that you will attached to your kalimba. Their design and the sounds receiver vary as well by design and number of it that you can attached on your Kalimba.

The price is quite cheap so you can try this if you like to boost the sounds as you play.

For some people, they been using a clip type mic to be attached in the hollow box type kalimba, which they say a great alternative as well.

For this one, its more like a tool rather than just a kalimba accessories. Hammer is a must for all who had Kalimba, its the same figure as what the normal hammer is, just a smaller. This tool will let you retune your kalimba when its sounds became off or you need to retune your Kalimba for a specific piece or song. You can retune by hammer down to lower the notes and hammering up to make the note higher.

If you need more details in retuning your kalimba, we have it ready for you. You can read it here in How to Tune Your Kalimba?

Now, this are the Kalimba accessories where just for design only and won’t boost or increase any vibrations or sounds of your Kalimba. You can close your browser here if you don’t like the aesthetic part. But we prefer you to just read it you maybe find it interesting or just knowledge.

According to Wikitionary, “Tassel is a ball-shaped bunch of plaited or otherwise entangled threads from which at one end protrudes a cord on which the tassel is hung, and which may have loose, dangling threads at the other end. Tassels are often used as decoration along the bottom of garments, curtains or other hangings”. And yes, pure kalimba accessories/decoration, but people mostly women likes to have this while they play. They said it’s kind of cute together with a Tremolo chain with it. The tassel are placed in either the side of the upper part of the tines near the backstop.

As the normal stickers, are for the guides for playing like the lines 5 lines sticker for the tablature pattern reading. Some are the note or numbers so you can easily see the notes on the tines as you play. But some are just pure aesthetic, and some are cool design having pictures of something forming when they are placed on the tines. There are also stickers that can be attached on the wood part itself, and some do paint them. It is quite cool as long as it doesn’t affect the sounds right?

As most of the musical instruments have stand, kalimba won’t be left behind. Lots of manufacturer have design their own style of Kalimba stand. There are wooden, plastic and metal styles, though the wooden style is the quite pair we should be probably getting, and you know why. There are no other things to do with it, just literally a stand to put your kalimba to rest if you don’t want to pouch, box or bag it.

Pouch or Bag or Hard Case

It’s basically the storage of your kalimba, if you don’t use stand, it the safekeeping tool. It may vary on which you have or included in the package. Normally there are free pouch but you can have add-ons bag. The best is the hard case which is sturdy and waterproof which will keep on kalimba super safe. Though its not the only thing you should do make your kalimba last longer. You must take care of it like what you’re doing on your precious gadgets.

Well this is the end of our list for Kalimba Accessories, and we’ll surely add more if we found something. If you have more accessories that are not in the list, comment them down below so we can add up.

Have a good day playing Kalimba!!

Here I am to Worship

Home on the Range 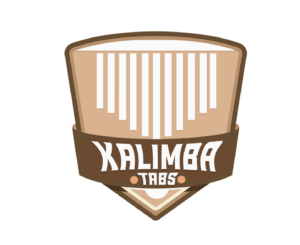